skip to main | skip to sidebar

This one is in English for our Anglo-Saxon friends.
On the maps you can get a rough idea of our roadtrip (the green line btw) .
We're starting in Darwin on the 2nd of August and, one way or another, we have to catch a plane in Perth on the 20th of September. 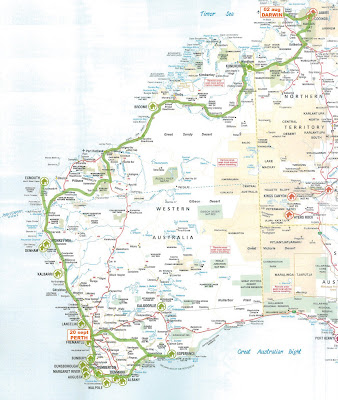 Next we're going to conquer the Australian outback by joining a Red Centre Tour for a week .... 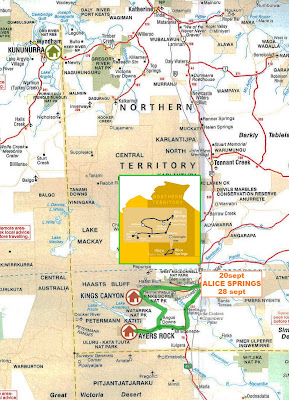 On the final part of our trip we're travelling along the Eastcoast.
Starting in Cairns on the 28th of September and trying to reach Melbourne by the 25th of November.
If time is on our side we're also going to make an attempt to reach Adelaide (yes Wim, we will be trying ;-)) 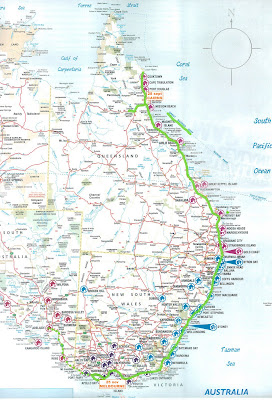 These routes are NOT final, it's a holiday so we'll be chilling all along the way !!!

We have to leave OZ on the 25th of November.

Trip of a lifetime, mate! You will love it!